Will legal marijuana stores close? Americans stock up on pot for Coronavirus quarantine

Will legal marijuana stores close? Americans stock up on pot for Coronavirus quarantine

DENVER — Add marijuana to the list of essential supplies Americans are stocking up on as they prepare to confront the coronavirus outbreak.

“Apparently people need weed and toilet paper, that I am sure of,” said a laughing owner of a dispensary in Denver. “They are absolutely stocking up.”

She said her store normally gets about 200 customers a day. Monday, that jumped to 300 customers, and there was no sign of business slowing down Tuesday, she said. Customers are looking to relax and relieve their pain at a time when they may be stuck with family members for weeks on end, she said.

“We have a huge uptick of people and they’re purchasing larger amounts of cannabis,” she added.

Authorities across the United States and Canada are urging residents to limit their public exposure to the coronavirus, in many cases asking people to stay in their homes and skip bars and restaurants and other social gatherings. 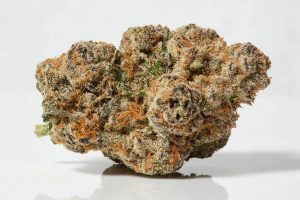 Denver Marijuana Sales Up, Will They Last?

The sharp rise in sales is a pattern being repeated across the country in states where recreational marijuana is legal, from California to Oregon, Alaska to Nevada. Not only are there more customers, but they’re buying more at one time. The same trend is also being reported in Canada, where marijuana became legal nationwide in 2018.

In Washington state, sales soared by 33% on Sunday, compared to the week prior, reported cannabis data and analytics firm Headset, which said the average per-person purchase rose to $33.70. The company said the number of customers buying more than $50 worth of cannabis products at a time jumped from 16% to 21% in a week.

In California, marijuana company Glass House Group said delivery in their Santa Barbara service area is up 50% from last week, and up 24% in their Los Angeles area. Every state that has legalized marijuana also limits how much a customer can buy in a single transaction.

Industry expert Matt Karnes of cannabis data firm GreenWave Advisors said cannabis users are stocking up for the same reason people are stockpiling other supplies: fear that the desired product will run out.

“The supply chain continues to show signs of vulnerability and for the cannabis consumer mindful of potential inventory shortages, this could trigger the decision to purchase more product upfront,” he said.

An estimated 211,000 full-time employees worked in the legal marijuana industry across the U.S. in 2019, according to cannabis recruiting firm Vangst. In many cities and states that have announced social-distancing restrictions and that have legal marijuana stores, the shops have been allowed to remain open as long as they follow best-practices to suppress the chances of transmission of Covid-19.

How is The Kind Room Doing?

James at The Kind Room said his Denver store is cleaning display counters between each customer, and wiping down doors and handles every few minutes. Workers are also minimizing the number of customers in the shop at any one time, and wearing gloves to reduce the risks from handling cash and IDs, she said. While it’s easy to joke about marijuana users stocking up, many cannabis dispensaries also serve medical patients who depend on pot to ease chronic pain, nausea and seizures. Those patients have turned to marijuana because they feel traditional pharmaceuticals are either too risky or ineffective.

“We believe that we are an essential service,” James added. “Many folks rely on us for depression or anxiety or pain. We feel good about staying open.”

“We were very busy — we saw online orders double and triple what they normally are. But with all of the information that kept coming out, there was just no really way to ensure the distance and safety for our staff and customers,” said Kalai, 41, who is the company’s director of sales and marketing. “It was a hard decision to make. That’s a lot of revenue to turn away, but we really felt it was the right decision to protect our staff and our community.”

Kalai said Organic Alternatives considered significantly boosting its use of online ordering to help reduce the risk to those customers, but concluded the danger was too high in an industry that’s still largely cash-only and required to check IDs in person. Most states that have legalized recreational marijuana have also banned delivery services, although they are permitted in California.

Like many Americans, Kazan was working from home Tuesday, and in between interruptions from his seven-year-old, he said he can understand why people suddenly spending a lot of time with family or roommates would want something to help them relax.

“People are just hoarding up,” he said. “We weren’t totally surprised that everyone rushed in, but all of our stores hit records Friday, and Saturday, Sunday, Monday and today were strong, as well.”

Kazan said he fully expects California to close down retail marijuana stores, which is why he’s pivoting to increased delivery service, especially for the company’s older, more vulnerable customers. By transitioning retail workers to delivery drivers, he said, the company can ensure they keep their jobs and help the public maintain social distancing.

“This is a product people want: guns, alcohol, weed and toilet paper and food. If they don’t get it from us, they’re going to do the wrong thing and go out looking for it,” he said. “We’re in this together and we want to be good citizens. If we can help people do the right thing, keep their quarantine away from the Covid-19 virus, it’s a win-win.”

About The Kind Room

The Kind Room has been providing quality medicine and compassionate care in a professional setting to licensed patients since 2007 and adults since 2014. We have always maintained strict compliance to Amendment 20 and HB 1284 rules.