The Best In ALL NATURAL TERPENE DENSE MARIJUANA

Terpenes may play a key role in differentiating the effects of various cannabis strains. Some terpenes might promote relaxation and stress-relief, while others potentially promote focus and acuity.

Our New Genetics are Here! 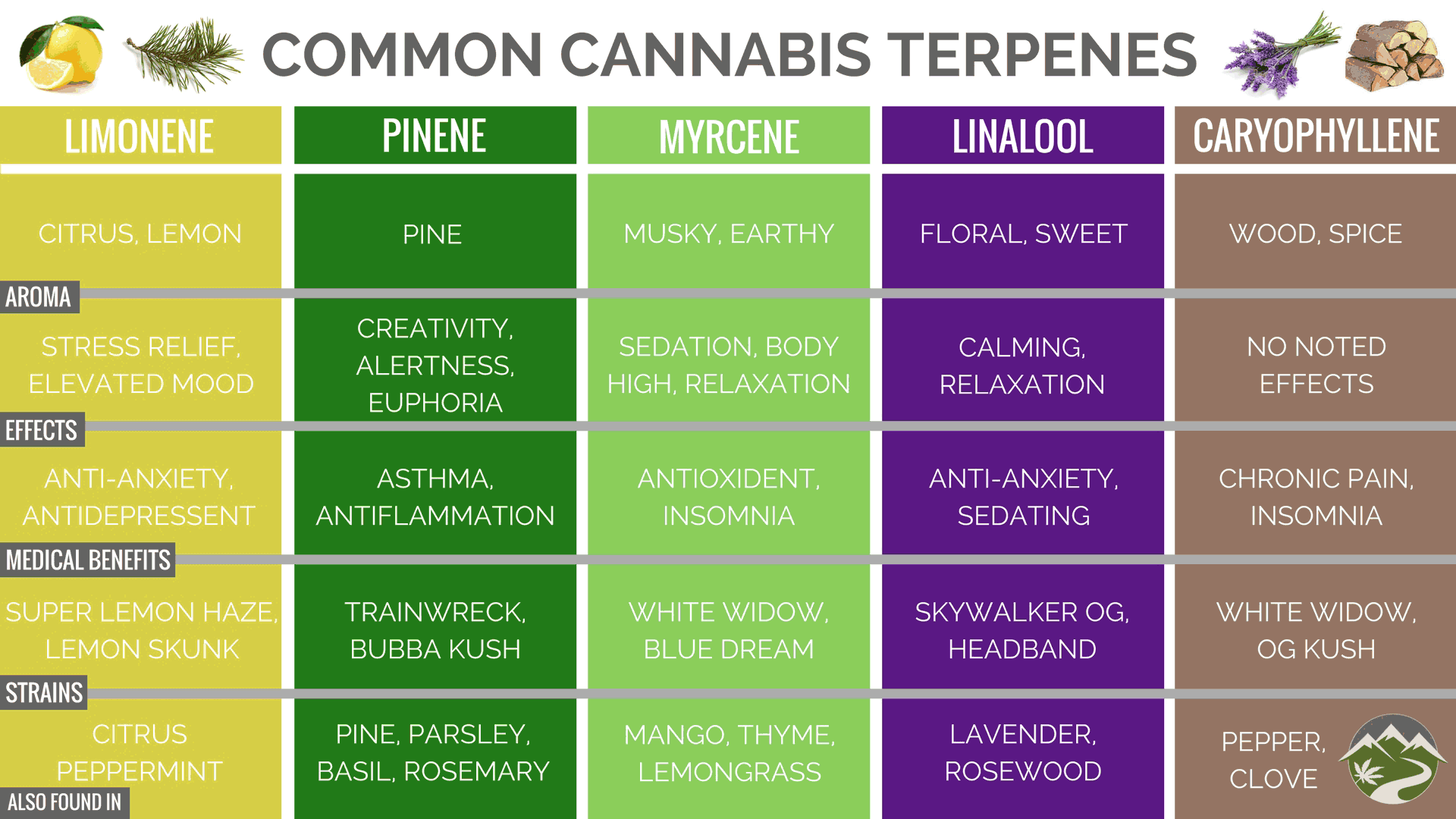 Our Genetics and Terpenes

One of our Staple Genetics at

The Kind Room would be, OG Kush.

High in Myrcene, believed to promote

Strains include GSC and Sherbert 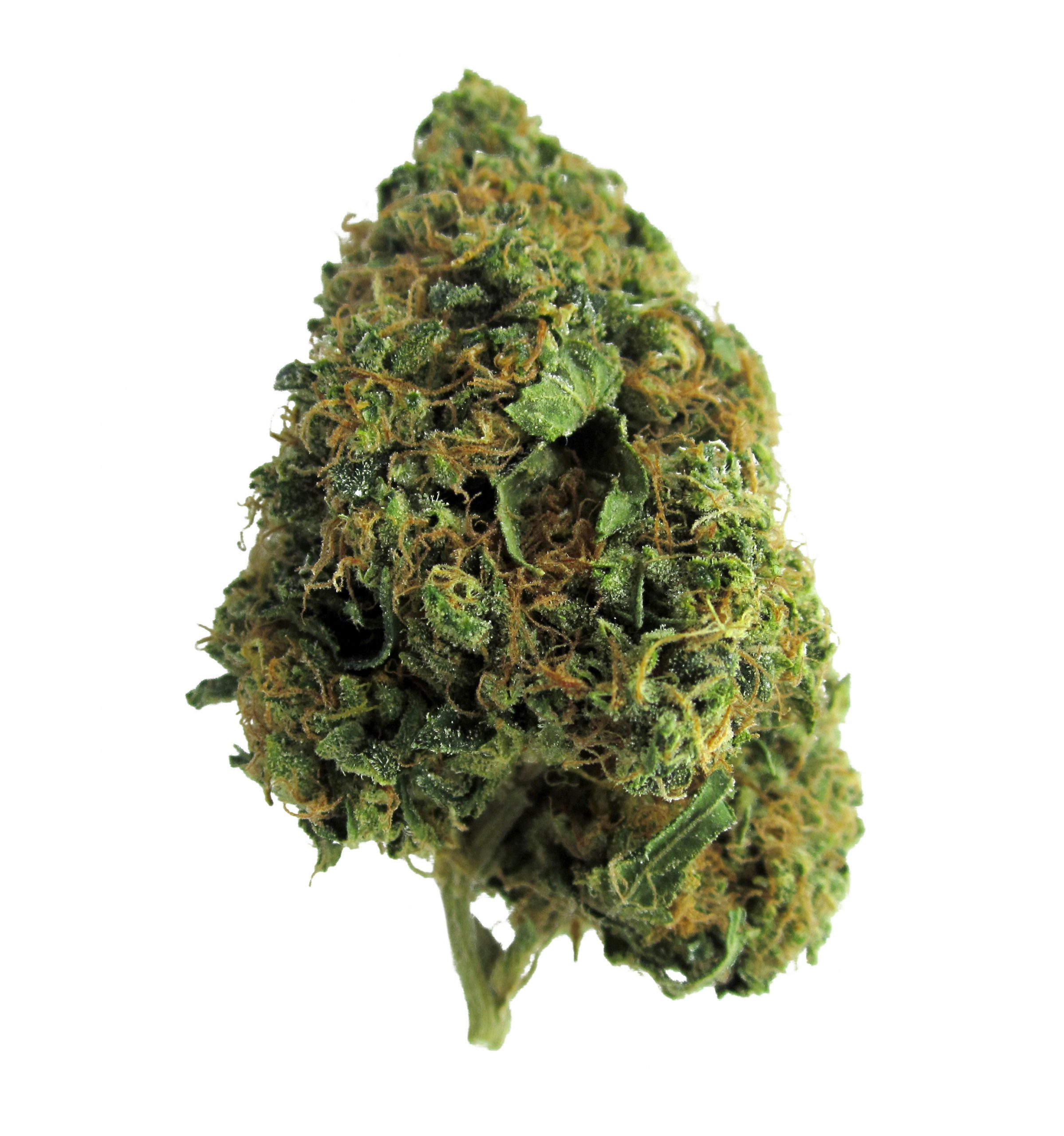 α Pinene accounts for cannabis’ familiar odor, often associated with pine trees and turpentine. α Pinene is the most common naturally occurring terpenoid and acts as both an anti-inflammatory and a bronchodilator.

Linalool has a floral scent reminiscent of spring flowers, but with spicy overtones. It possesses sedative properties and is an effective anxiety and stress reliever. It has also been used an analgesic and anti-epileptic.

Myrcene is the most prevalent terpene and is found in most varieties of cannabis. Myrcene concentration dictates whether a strain will have an Indica or Sativa effect. Strains containing over 0.5% of myrcene produce a more sedative high, while strains containing less than 0.5% myrcene have an energizing effect. Myrcene is also present in thyme, hops, lemongrass, and citrus, and is used in aromatherapy.

Limonene is a dominant terpene in strains with a pronounced Sativa effect. It is also found in the rinds of citrus fruits. Limonene aids in the absorption of other terpenes through the skin and mucous membranes, and has been used to treat anxiety and depression.

Ocimene is frequently used in perfumes for its pleasant odor. In nature, this terpene contributes to a plant’s defenses and possess antifungal properties. 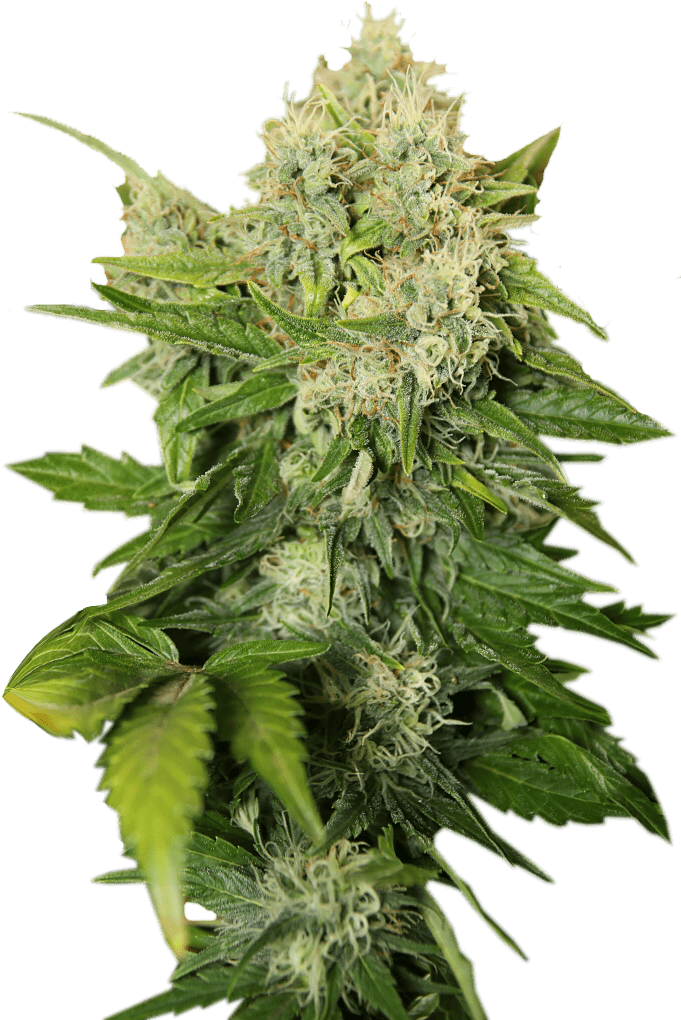 Terpinolene has been shown to exhibit antioxidant and anticancer effects in rat brain cells. Studies with mice show that terpinolene has a sedative effect when inhaled. In addition, terpinolene is responsible for many of the floral notes found in Jack Herer varieties.

Geraniol emits a rosey scent that makes it a popular perfume additive. It is an effective mosquito repellent and shows a potential protective effect against neuropathy.

Phellandrene
Phellandrene is commonly found in the essential oil of plants in the eucalyptus genus. Its smell is reminiscent of peppermint, with a slight citrus tone. Recent research shows that phellandrene possesses antidepressive effects.

Carene
Carene has a sweet, pungent odor and is a main constituent of pine and cedar resin. It is used to dry out excess body fluids, such as tears, mucus, and sweat.

Terpinene
Terpinene is used as a fragrant additive in both the cosmetic and food industries.It is also considered to be a well-tolerated additive in the pharmaceutical industry. It has very strong antioxidant properties.

Fenchol
Fenchol is found in basil and is used extensively in perfumery. It is known to exhibit antibacterial properties.

Borneol
Borneol has a menthol aroma and is used as a calming sedative. It is also beneficial for combating fatigue and recovering from stress or illness. Borneol exhibits both anti-inflammatory and anti-nociceptive effects.

Bisabolol
Bisabolol is the primary constituent of German chamomile essential oil and has recently been shown to induce apoptosis in models of leukemia.

Phytol
Found in green tea, phytol is a diterpene that results from the degradation of chlorophyll. Phytol inhibits the enzyme that degrades the neurotransmitter GABA, which may partially account for its relaxing effect.

Camphene
Camphene is found in essential oils extracted from certain trees. It has recently shown promise for pain relief and antioxidant effects.

Sabinene
Sabinene is known for its spicy, oak, and black pepper accents. It has been shown to benefit liver function and digestion, relieve arthritis, and can soothe skin conditions.

Camphor
Principally derived from the camphor tree, camphor is readily absorbed through the skin. When applied topically, it produces a cooling sensation similar to that of menthol. Camphor also acts as a slight local anesthetic and an antimicrobial substance.

Isoborneol
Isoborneol is found in mugwort that exhibits antiviral properties. It is a potent inhibitor of herpes simplex virus type 1.

Cedrene
Cedrene is present in the essential oil of cedar.

Nerolidol
Nerolidol is found in oranges. It acts as a sedative and exhibits potent antifungal and antimalarial activity.

Guaiol
Guaiol is an alcohol found in the oil of guaiacum and cypress pine. It possesses antimicrobial properties.

Isopulegol
Isopulegol is a chemical precursor to menthol, and has a variety of promising routes for therapeutic research. Studies have shown that isopulegol possess gastroprotective and anti-inflammatory effects, and reduces the severity of seizures in animal models.

Geranyl Acetate
Geranyl Acetate is found in a variety of natural oils, derived from citronella, lemongrass, sassafras, roses, and many others. It has a strong floral aroma with a fruity twist, and exhibits strong antimicrobial effects.

Eucalyptol
Derived from eucalyptus oil, eucalyptol has a minty, earthy aroma. It has been shown to possess potent antifungal effects.

Pulegone
Pulegone has a pleasant peppermint aroma and is a strong insecticide.